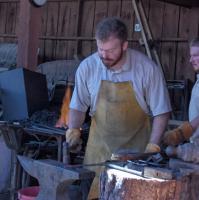 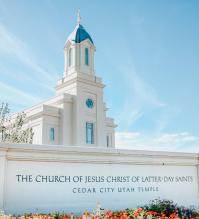 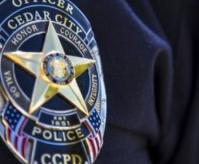 Cedar City, with a population of 29,000, is the largest community in Iron County and is located at the mouth of Coal Creek in south-central Utah. Its elevation is 5,800 feet above sea level, and it lies in a semi-arid part of the state with 10,000-foot mountains to the east and a vast desert area to the west.

Settlement began on November 11, 1851, with the arrival of a group of 35 men from Parowan, 20 miles northward, to establish an iron works. They were organized and traveled in two militia companies--a foot company and a cavalry company--under the direction of Henry Lunt. The actual settlement site on the north bank of Coal Creek had been selected a week earlier by George A. Smith and a committee consisting of Matthew Carruthers, Henry Lunt, William C. Mitchell, John L. Smith, and Elisha H. Groves.

Small cottonwood log houses were built fort-style at the western base of the hill. The settlement was given the name of Fort Cedar because of the abundance of trees which were called cedar trees, although, in reality, they are junipers.

The boxes from the wagons were removed and used for temporary shelters while small log homes were constructed from the trunks and large limbs of cottonwood trees as well as float material found along the creek bottoms several miles to the west. As the log houses were completed, families were brought from Parowan. In the meantime, the wagon boxes served as a temporary fort. Later, a site for the fort was selected nearer the proposed blast furnace, at the present city park, which was to have been a company town but was not developed.